Bingo is a simple yet captivating game that has been around since the 1500s. Over the years, bingo has evolved, and today you can enjoy many different versions of the game, especially on online gambling platforms where users can play online bingo for money!

Below, we will take a closer look at online bingo and how it works. We will also trough the difference between local and online bingo and recommend some of the most popular bingo games right now.

How To Play Online Bingo for Money

Bingo is a game of chance, much like traditional lottery games and keno. Therefore, it’s a game that doesn’t require any previous knowledge or experience – anyone can enjoy the excitement bingo has to offer.

Over the years, more and more online casinos implement bingo in their range of games. Even though the game is viral globally, there are still quite a few bingo platforms available for Indian players.

If you are interested in playing bingo online, the only thing you need to do is to choose an online casino and sign up as a player. Make your first deposit and explore the bingo games available.

Usually, casinos offer separate bingo rooms where they gather all bingo games in one place. The bingo room gives you an overview of the games available, time left and progressive jackpots. Choose your preferred bingo game, buy your bingo cards, sit back and hope that the right numbers will be drawn.

The rules for bingo online might vary depending on which kind of bingo you are playing. However, below we will walk you through the basics.

As you can tell, bingo is a straightforward game that anyone can learn and understand. This is certainly one reason why the game has become so popular in the world of gambling.

Today, there are many different types of bingo games available, and some of them are more common than others. Below, we will mention some of the most popular bingo games right now.

75 Ball Bingo is the most common type of bingo online in several countries and is available in multiple variations.
To win in 75 Ball Bingo, the player must have a full row of numbers on their card, usually in any direction (up, down or diagonally). Some versions of the game allow players to create other patterns to get bingo.

When playing 75 Ball Bingo, the cards consists of a 5×5 grid containing 25 squares with 24 numbers and a blank centre square.

80 Ball Bingo is also a popular version of online bingo, created specifically for players online. Just like with 75 Ball Bingo, the cards have columns with numbers inside them. However, instead of getting a full row to win, the player needs to complete a row in a specific pattern shown on the card.

In 80 Ball Bingo, cards have a 4×4 grid with 16 numbers in total. Winning rows can be completed either in horizontal or vertical lines, single numbers or four corners.

90 Ball Bingo is by far the most popular bingo version across the world, both in bingo halls and online.
As you might figure out, the game consists of 90 numbers but works in three different stages. The first winner is the one who completes one horizontal row of numbers. Next up is the player who creates two winning lines and the grand prize goes to the player filling up all numbers on their card.

These bingo cards have 9 columns and 3 rows with 5 numbers in each. Overall, there are 15 numbers on the card.

Many casinos offer generous bonuses to both new and existing players, including bingo sites. If you are interested in bingo and want to increase your chances of making profits, a bonus is a great way to start.

Other kinds of bonuses suitable for playing bingo are reload bonuses or cashback. Many casinos also offer loyalty programmes, giving players the opportunity to earn special bonuses – such as cash rewards – when being active in the casino.

Bingo can either be played in bingo halls together with other players or on online casinos. The biggest difference between these kinds of bingo games is that bingo in bingo halls are played in real-time at a certain time while online bingo can be played when and where ever online.

Another difference is that some versions of online bingo have integrated bonus games in which you have the opportunity to win extra prizes. To activate these bonus games, you usually have to fill in a specific pattern of numbers on your cards. Some games also have huge progressive jackpots, making it possible to win life-changing amounts.

In India, real-world bingo games are unfortunately not allowed. However, there aren’t any laws against bingo online, making it the only option among Indian players interested in playing bingo.

Is online bingo legal in India?

Yes, online bingo is legal. Real-world bingo, however, is not allowed.

Which online bingo pays out the most?

How much certain bingo games payout depends mainly on their RTP (Return to player). Generally speaking, 90 Ball Bingo has the highest RTP of around 80 per cent while 75 Ball Bingo has around 75 per cent.
However, the RTP also depends on the bet, number of bingo cards and so on. Therefore, you shouldn’t be spending energy finding the best bingo game in terms of payout. Instead, we recommend that you enjoy the game and have fun.

If the bingo site you are playing on is licensed by a gaming authority and uses RNG (Random number generator) to ensure all outcomes are random, you don’t have to worry about fixed games, including bingo. 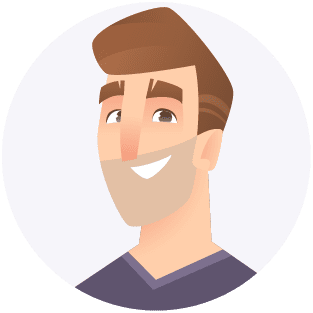 Jesper is the one making sure we at BestCasinoIndia is continuously improving our site, and bring more value to our visitors. With his high prioritisation on information being correct and presented in simple ways, he wants everyone to know exactly what they are getting involved with. The good, the bad and the ugly side of things.