Rummy is a popular card game in India that involves skill, strategy, and loads of fun. For many generations, the game was a unifying past-time activity among family and friends. Now, Rummy has evolved to become one of the most popular games that players can play online for money. In this guide, we will go through how to get started with games and which are the best casinos to play Rummy online for money.

What is Online Rummy?

Rummy, was until recently, played between family members or colleagues in physical locations. With the advent of technology, players can now play rummy with friends or other competitors from across the country in the comfort of their homes. Popular platforms where players can compete for real money include rummy apps and online casinos.

Rummy is a 13-card game where a player aims at forming winning sets or sequences. In online rummy, a player can participate in a game of 2-6 opponents. The most popular variations of Indian Rummy are:

Points rummy is a fast game variation that goes for one round. A toss is made to determine the player that goes first and the player who gets zero points wins all the chips in the game.

Pool rummy requires that all players pool their money into one pot and the player who gets the least points in one round wins the entire pot.

Deals rummy is a 2-player card game that goes for 2-3 rounds. The player with the least count after the rounds are completed wins the game. It is similar to Gin Rummy, only here players play set amount of deals.

How to Get Started with Online Rummy

If you are ready to play rummy for real money, you need to register an account on an online rummy platform. An active mobile number or a valid email is all you require to complete your account registration. Some rummy platforms also allow their customers to register using their Google, or social media accounts.

After registration, you can try out the free rummy trials to get a feel of the game. However, to play rummy online for money, a customer is required to deposit funds into their account. They can then purchase real game chips and participate in cash games and tournaments.

The local banking options that a player can utilize to make deposits and withdrawals include Paytm, Net Banking, UPI, and mobile wallets.

The Indian market is flooded with sites and casino apps that offer enticing rummy games and tournaments. So, here are the best platforms that you can trust for a fun and secure gaming experience while making some money.

Junglee Rummy is one of the most popular sites where players can participate in rummy matches to win money. They offer 24/7 Points, Deals, and Pool rummy games with a promise of an exciting and seamless gaming experience. For a player looking for convenience, dedicated apps for Android and iOS are available for download.

Junglee Rummy hosts several rummy games that can rake in huge winnings as well as free trials where new players can sharpen their skills and gain gameplay confidence.

Their free daily tournaments carry huge prizes including iPhones, motorbikes, cars, and cash prizes. One of the biggest tournaments on the platform, The Rummy Premier League 9 has previously carried a total pool of ₹ 10 crores in prizes.

Other popular tournaments include the freerolls, daily cash, and loyalty points tournaments, as well as other special tournaments such as the Diwali Tournament Series.

Rummy Circle offers Indian players a variety of super-fast rummy game matches daily. Players can enjoy 24/7 gaming with other players from across the country on a secure and fair site to make real money.

They host variations such as Deals, Pools, and Points rummy games. Popular tournaments on this platform include Expressway, Rummy Blockbuster, Friday Favourites, Sunday Masters, and the Daily Jackpot tournaments.

Adda52Rummy is another popular site where players can play online rummy for money. They offer a variety of games including the pool, 21 cards, and point rummy variations. The top money tournaments include the hourly tournaments like the Turbo, the daily Mega Tournament, and monthly tournaments like Freeroll, and promotional tournaments.

Ace2Three is also among the sites where millions of players h to play have signed up to play online rummy for money. The most popular variations on this site are multi-table, points, deals, pool, and gunshot rummy. The winnings on cash games depend on the number of participants.

Players can also pre-book a spot on the various tournaments on offer. Daily and monthly tournaments are quite popular as they carry bigger prizes. They include the T20 Knockout bash, Rummy Rally, and Ace Ride.

KhelPlay is a top site for rummy lovers as it offers a variety of games including points, deal, pool, 10 cards, 21 cards, and 27 cards rummy. Players can also enjoy daily tournaments such as the Cash 10, the free Daily and Night Freeroll tournaments, and the weekly Rummy Masters tournament.

Taj Rummy is a top rummy site where players can choose from a wide array of cash games and tournaments. The most popular variations on Taj Rummy are the points, 101 and 201 pools rummy.

The popular tournaments here include the Cash 25, Freeroll Bonanza, Loyal Mega Tourney, and Fortune 500 Cash tournaments. The site prides itself in providing game features such as smart correction and extended auto-play. Customers can enjoy the games on their dedicated apps for both Android and iOS.

Casinos That Let You Play Rummy for Real Money

Some online casinos in India have also incorporated rummy in their game catalogue to attract and retain local clientele. If you are looking for a casino you can trust, here is the list of the top online casinos that will allow you to play rummy online for real money.

Casumo is a popular online casino that is fully dedicated to Indian players. They offer rummy games that players can choose from and compete against other players for real money. The site is also known for its free demos so, if you are a beginner, you can practice the trial games and gradually join the real money matches that allow you to make some profit.

The Casumo site is easy to use with high game load speed so you don’t have to miss any rummy match. The deposits and withdrawals can be made in INR and are processed instantly making the gaming experience fast in play and pay.

LeoVegas is a haven for Indian players looking for fun rummy gaming to make money. Their choice of welcome bonuses helps their customers to play many rummy matches without spending too much money which is a definite bonus. Players can also utilize additional offers in the VIP program for more rewards and bonuses to increase overall winnings.

Customers can rely on seamless gaming on both the website or on their dedicated apps for both Android and iOS devices. LeoVegas accepts payments in INR which eliminates conversion fees and the withdrawal processing time is 3-5 hours for most banking options.

Genesis accepts payments in INR and customers can make safe deposits and withdrawals through the local convenient options. Since some rummy games are fairly faster than other casino games, fast withdrawal timelines are a major retainer for many players and this site does not disappoint.

PureWin is an Indian-friendly site full of local hits including games of skill such as rummy. The welcome bonuses and ongoing promotions are sure to keep rummy lovers playing in more matches and possibly rake in significant winnings.

Customers can rely on fast-loading games and high-quality interfaces on any of their devices. Android users can download a dedicated app for more rummy fun on the go. Since the site accepts INR, customers can make easy and fast deposits and withdrawals through local banking channels. PureWin also provides instant cryptocurrency cash outs.

ComeOn! allows rummy enthusiasts to enjoy single or multi-table games for higher stakes. The welcome bonuses and other generous offers including VIP loyalty points will make the rummy sign-up even more worthwhile.

Their fast-loading time and user-intuitive design make it easy to find and play different types of rummy matches. ComeOn! accepts payments in INR which makes deposits easy to complete so you can start playing your rummy game instantly and make real money. 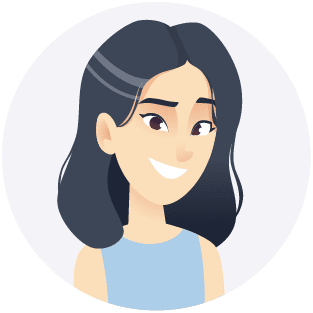