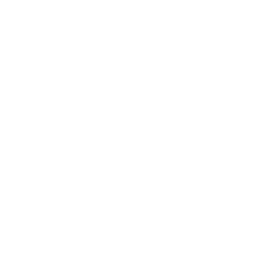 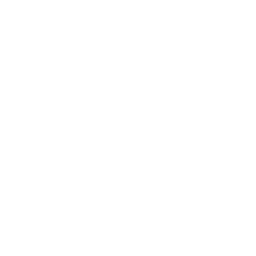 Jhandi Munda is a popular betting game of dice played in both India (especially the north eastern part of the country, in states like Arunachal Pradesh, where the game is said to have originated) as well as Nepal (where it is referred to as “Langur Burja”), along with Bhutan.

The game involves 6 dices, each of which has 6 symbols – “Heart”, “Club”, “Flag”, “Diamond”, “Spade”, and “Face”. The aim of the game is rather simple – to bet correctly on the symbol which is likely to appear the most number of times in a single roll of dice.

While the game has widely been recognised as a street game, its raging popularity had led to the creation of its online avatar, where bettors can bet on online casinos with real money.

The Basics of Jhandi Munda

A striking feature of Jhandi Munda is its simplicity where the aim is simply to ensure that the symbol being bet upon appears maximum times face up when dice are rolled. This simplicity, combined with the already popular nature of the game, has led the game to appear prominently on various online betting platforms, where it is frequently referred to as Crown and Anchor.

Yes, there are strategies which can be incorporated into the game to maximize chances of winning, but at its core, the game remains a straightforward one.

A rudimentary example will help you understand the basics of Jhandi Munda with ease – let’s say you bet on the “club” symbol and once dice are rolled, it actually appears three times face up. This would imply that you can win three times the amount of your bet, in addition to any initial amount you may have wagered. This playing style is prominent on most online betting platforms offering Jhandi Munda; in the physical world, the rules of the game may differ dramatically.

Is Jhandi Munda Legal in India?

The legality of games based purely (or at least largely) on chance remains a grey area in India. There is no uniform federal level law that governs playing games like Jhandi Munda. In states like Arunachal Pradesh where the game originated, it is perfectly legal to play the game in whatever manner deemed appropriate.

In other states though, one has to look at the laws that are applicable. For instance, there are some Indian states where gambling in all forms is outlawed, whether physical or online. Similarly, there are states that do not differentiate between games of skill or chance; they either allow or outlaw all such games.

So the key lesson as far as legality of Jhandi Munda in India is concerned is that you have to look at the prevailing law in your state or particular region. Based on that you can determine whether it would be appropriate to play the game or not.

Moreover, playing the game online makes the relevance of applicable laws even more complex. For instance, in many cases, playing games like Jhandi Munda online may well be outside the purview of legal authorities whereby you would be in a comfortable position to play the game freely.

The rules of Jhandi Munda game are quite simple and straightforward.

As you can see, the rules of Jhandi Munda game are really simple and easy to understand. That is one of the reasons why the game is so popular.

How to Play Jhandi Munda

Whether you play Jhandi Munda online on a gaming website or you do so physically in the “real world”, the basic steps to playing Jhandi Munda remain the same.

Accordingly, in this section, we outline how to play Jhandi Munda.

So, as you can see, it is really easy to play Jhandi Munda, with some really straightforward steps to follow.

Jhandi Munda or Langur Burja as it is referred to in Nepal (you can refer to the latter as Nepalese Jhandi Munda), is frequently played with real money. Fervour around the game is at its peak during festivities such as Diwali or local celebrations of any kind, be it a function in the family, perhaps a wedding, and so on.

In its online avatar, Jhandi Munda is frequently referred to as “Crown and Anchor”.

Jhandi Munda is largely a game of chance, with luck playing the biggest role by far. At the same time, it would be wrong to presume that there are no strategies at all which can be put in place to enhance chances of winning.

To give you an example, in the physical world, dice can be rolled in a manner so as to ensure that the sides, on which bets have been placed, actually appear face up. Now, whether it is ethical and appropriate to do so is debatable.

In the online world, there are far more suitable strategies that can be deployed with greater ease, and with lesser concern about appropriateness. For instance, most online platforms offering Jhandi Munda give away “hot” and “cold” tips on sides which appear frequently; the “hot” ones do, while the “cold” ones don’t. Therefore, your strategy, as a savvy Jhandi Munda player can be to wager on the “hot” sides while avoiding the “cold” ones.

Where can I play online?

Jhandi Munda can easily be played online on a number of different secure, encryption technology enabled platforms which include: